Palawan is still a very quiet port city and we love it because of that. This is the main street in the CBD, with the most popular form of transport being a tricycle.

Main street of Puerto Princesa CBD – from the top of Harbor Light building. 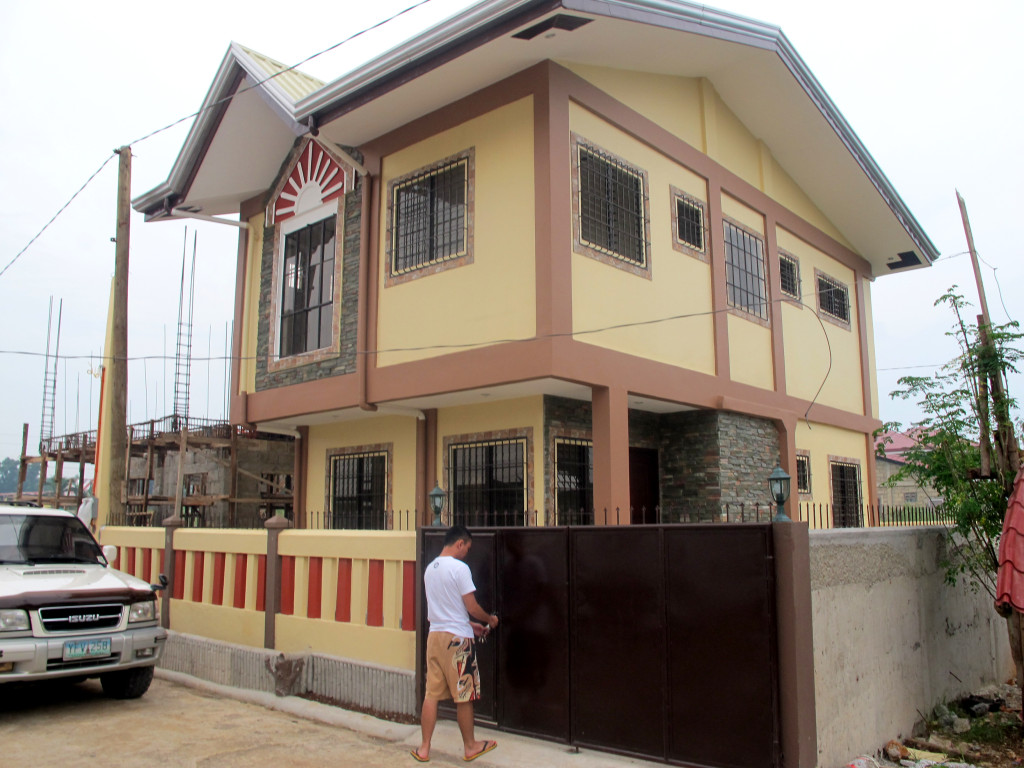 Houses that my grandmother builds and sells in Puerto Princesa – if anyone is interested in a holiday house, please message me. 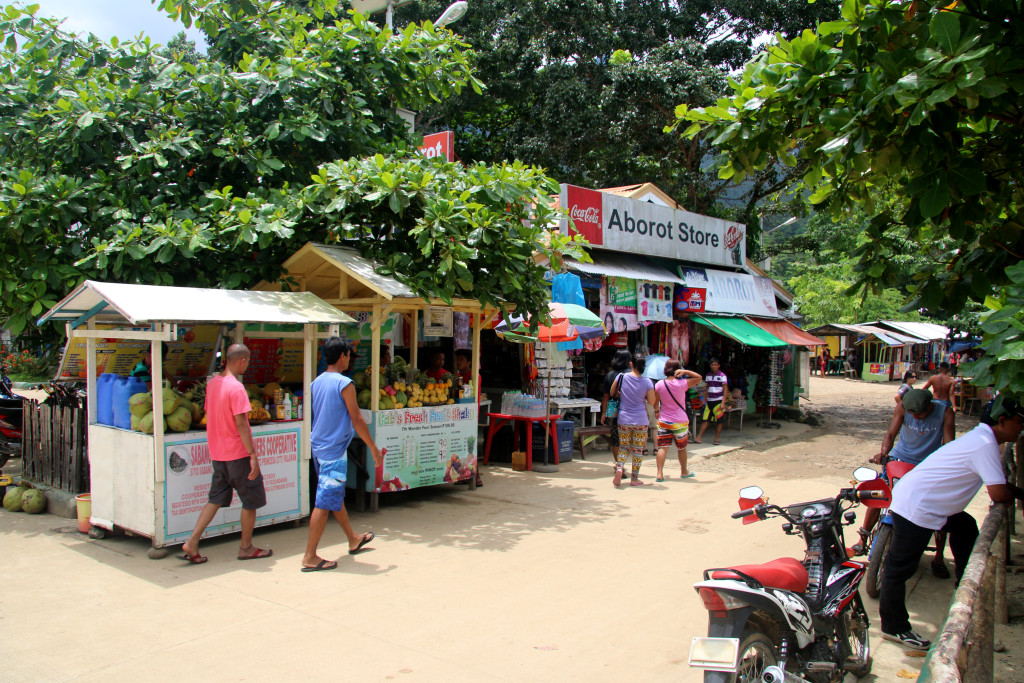 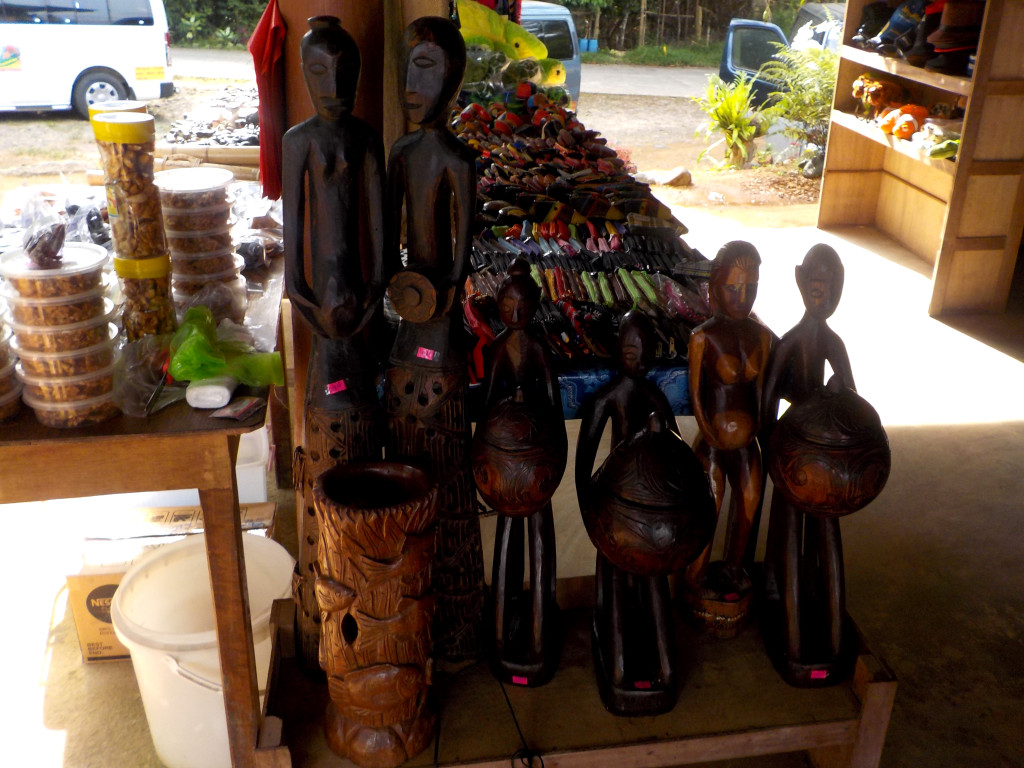 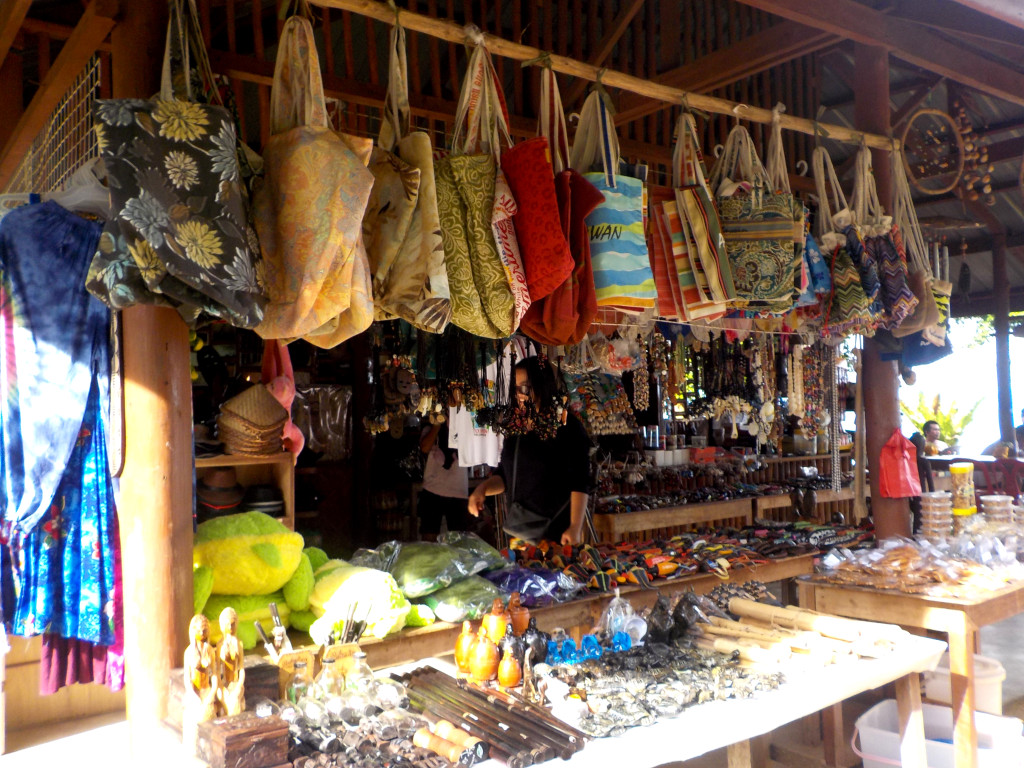 Tried spelunking and zip line for the very first time. In rubber thongs no less! A bit scary. The guide made us do a prayer for safety before starting out the cave climb as well. 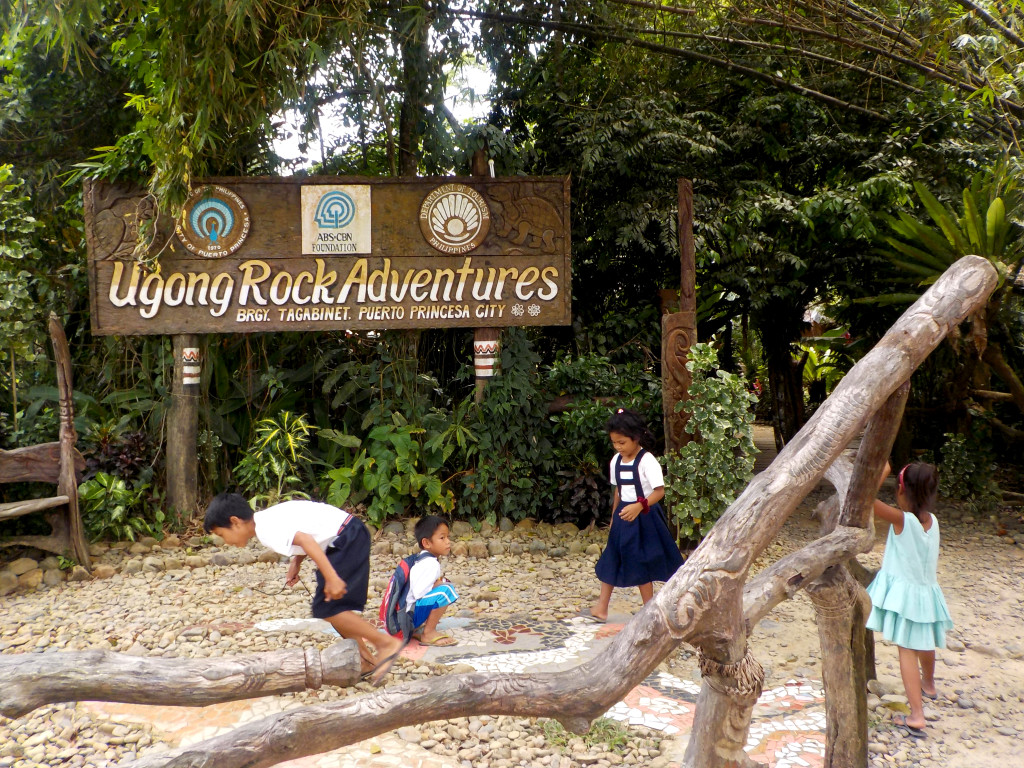 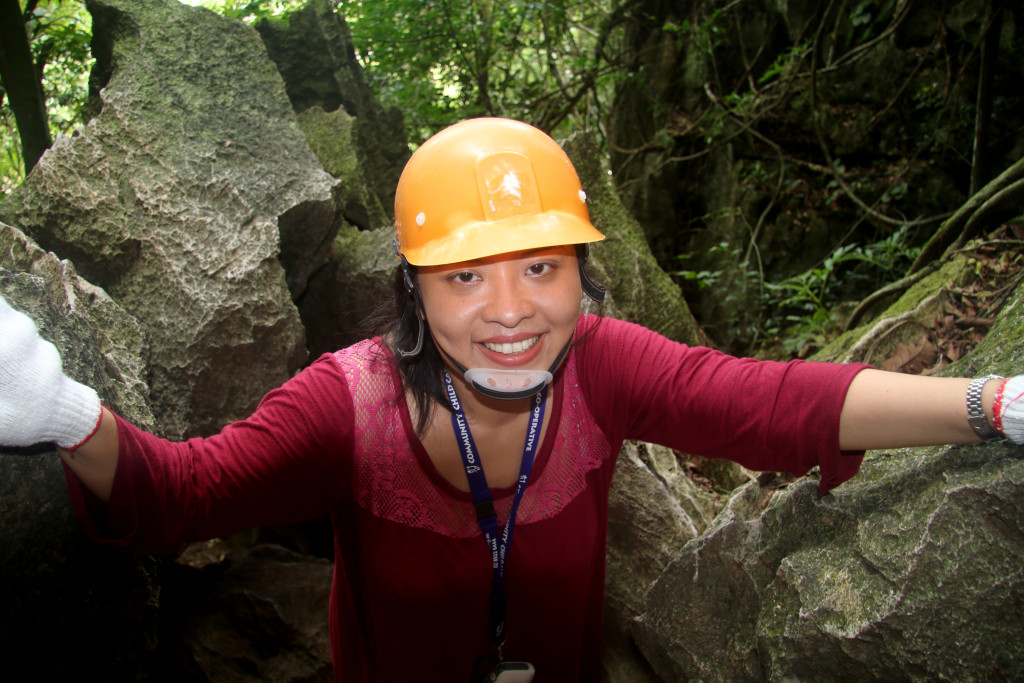 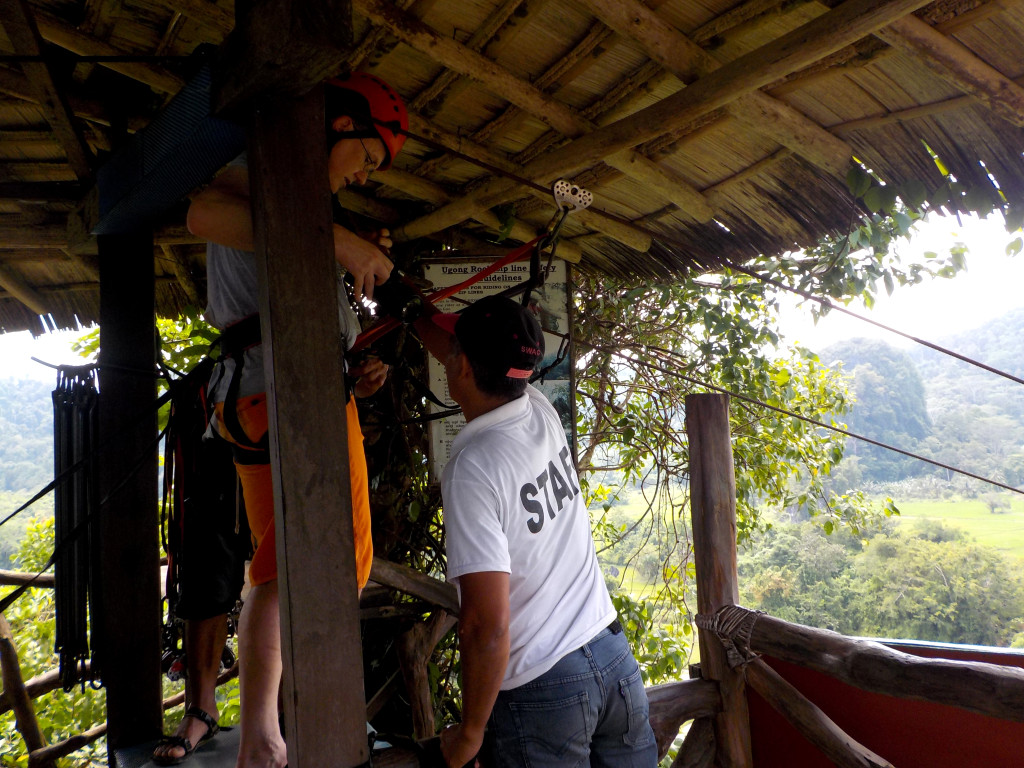 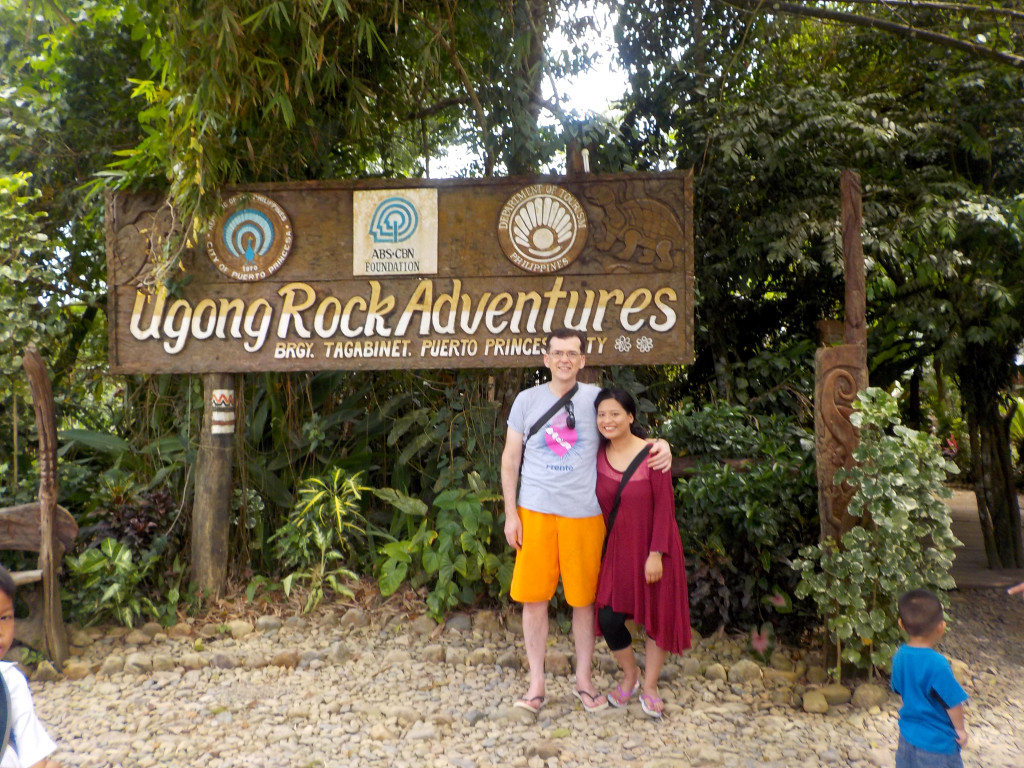 A beautiful boat ride to Sabang. Feels quite isolated to get there, but is actually a reasonably popular place to visit. On the way to Sabang Island – with our bangka boat driver On the way to the Subterranean River – a stunning boat ride.

After being dropped off the island we had to walk through a jungle trail populated by wild monkeys & geckos. The guide told us to make sure we had no food item before going through the jungle because the monkeys are sometimes hungry. I had woken up really early that day to get started for the trip to Sabang and had wrapped my half eaten Pan De Sal (local bread roll) in toilet paper (as you do) and placed it in my bag for later. I had forgotten all about it of course by the time we got to Sabang and proceeded down the jungle trail, when within a few minutes a wild monkey had grabbed my bag, unzipped it and taken the bread roll out. I was scared from the unexpected experience of having to wrestle my bag from a monkey and Craig had tried to shoo it away. It bared it teeth at him, made an awful sound and ran away with his loot. He was harmless really and was just focused on getting my/his breakfast. 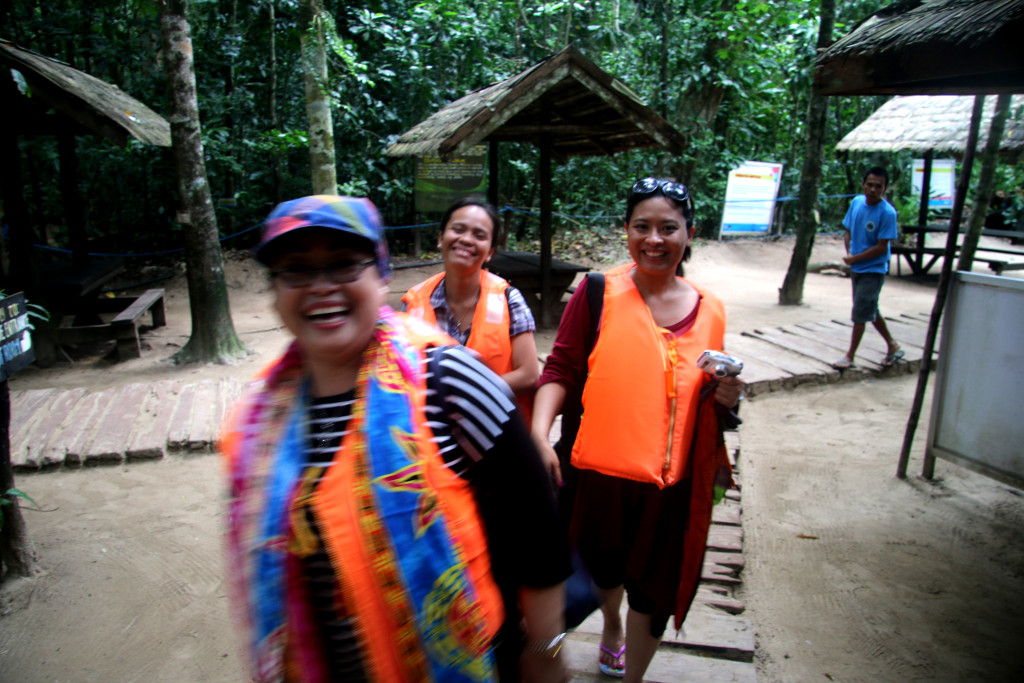 Vanishing Biodeversity Sign at the start of the Jungle Trail The river that is open to the public is about 1.5 kiloetres long, which we paddled through in the dark with the use of strong flashlights/floodlights. But the actual river itself goes even longer underground the mountain/cave – some 8 kiloetres long, and unsafe for people to go to. There were constant drips of water which the guide told us were bat droppings. We saw, heard and smelt the bats constantly – which wasn’t really terrible because it was more of a faint scent rather than something putrid. At the highest point the ceiling of the cave looked like looking up a cathedral ceiling. Artists in the past used to talk about the sublime, when faced by something extraordinary that leaves them in awe. We felt a bit like that. Inside the subterranean river – using a strong torch to guide us slowly through. Felt a bit like Invaders of the Lost Ark 🙂 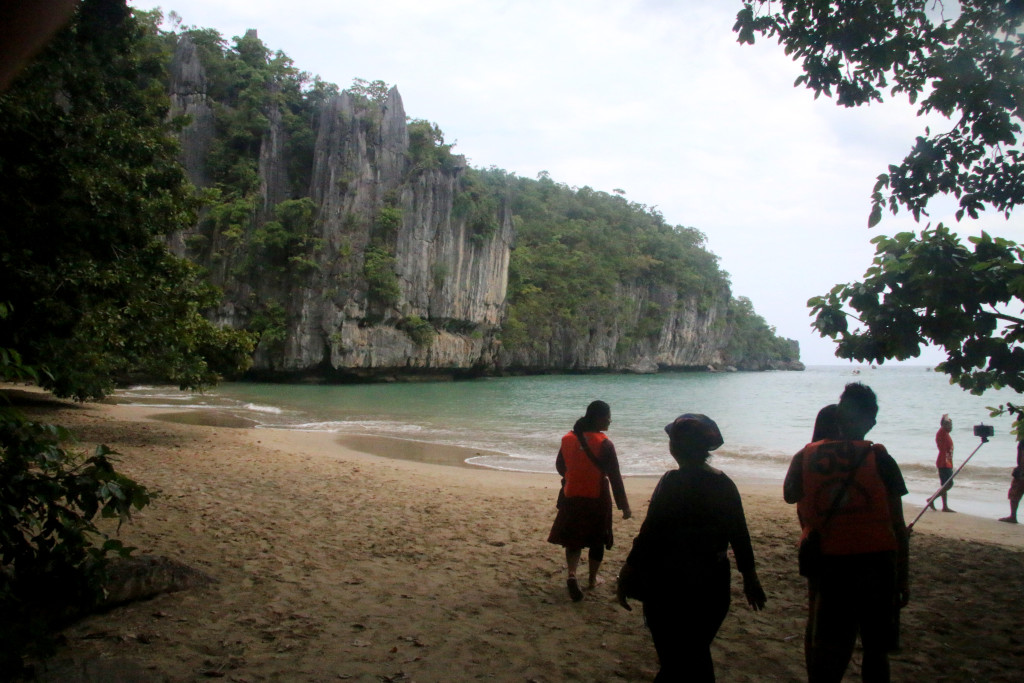 Tourism is carefully monitored in Palawan & eco everything is taken very seriously. The tourguides at the river itself are very well trained and are also members of the local tribe from the area. Would recommend this place to visit for Filipinos and foreigners alike.

The Underground River Palawan is a UNESCO & World Heritage Site and considered one of the new 7 wonders of the world.

So we are flying to the Philippines in several hours and staying for 3 weeks!  A cousin of our Creative Director is getting married and we thought we’d throw some island hopping in, while we were at it 🙂 The Philippines is an amazing holiday destination, what with over 7000 beautiful islands to explore and go to. Some of the places we are thinking of, aside from Manila and Cebu (where the wedding will be) are Bohol and Palawan.

Palawan is getting cult status these days for being one of the most beautiful islands in the world (Conde Nast, Huffington Post etc) so we are quite excited. Packing luggage on the other hand, is another thing all together… 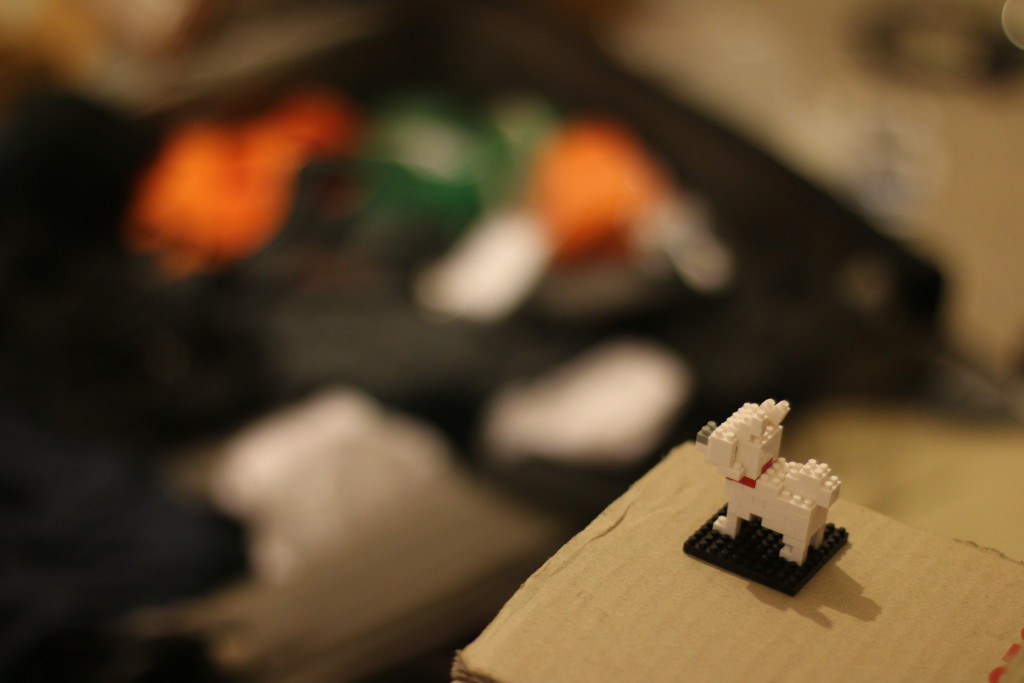 Looking over all the packing that still needs to be done Hopefully it’s a good flight. See you in the Philippines! Woof! x Suki